What began as a 337-bed jail in New Braunfels is now nearly unrecognizable as the newly renovated Comal County Sheriff’s Office.

Led by Senior Project Manager Travis Evans (now North Texas operations manager) and Superintendent CJ Roberts, the project team was well-prepared for the challenges that lay ahead. Throughout the duration of construction, the 911 dispatch center operated out of temporary onsite facilities, but all communications were continuously fed out of the Sheriff’s Office. Maintaining services to ensure the 911 center never lost power or communications was a critical element of the project. Whenever the project team had to perform a power transfer or demolition to the electrical room, backup generators were used in sequence to maintain redundancy. Replacing the generators with new models was also part of the scope of the project. Intricate planning and redundancy were essential when performing any activity that could impact power to the facility. Maintaining critical operations was so essential that multiple layers of electrical redundancy were included, particularly for the 911 dispatch center with three layers of redundancy. 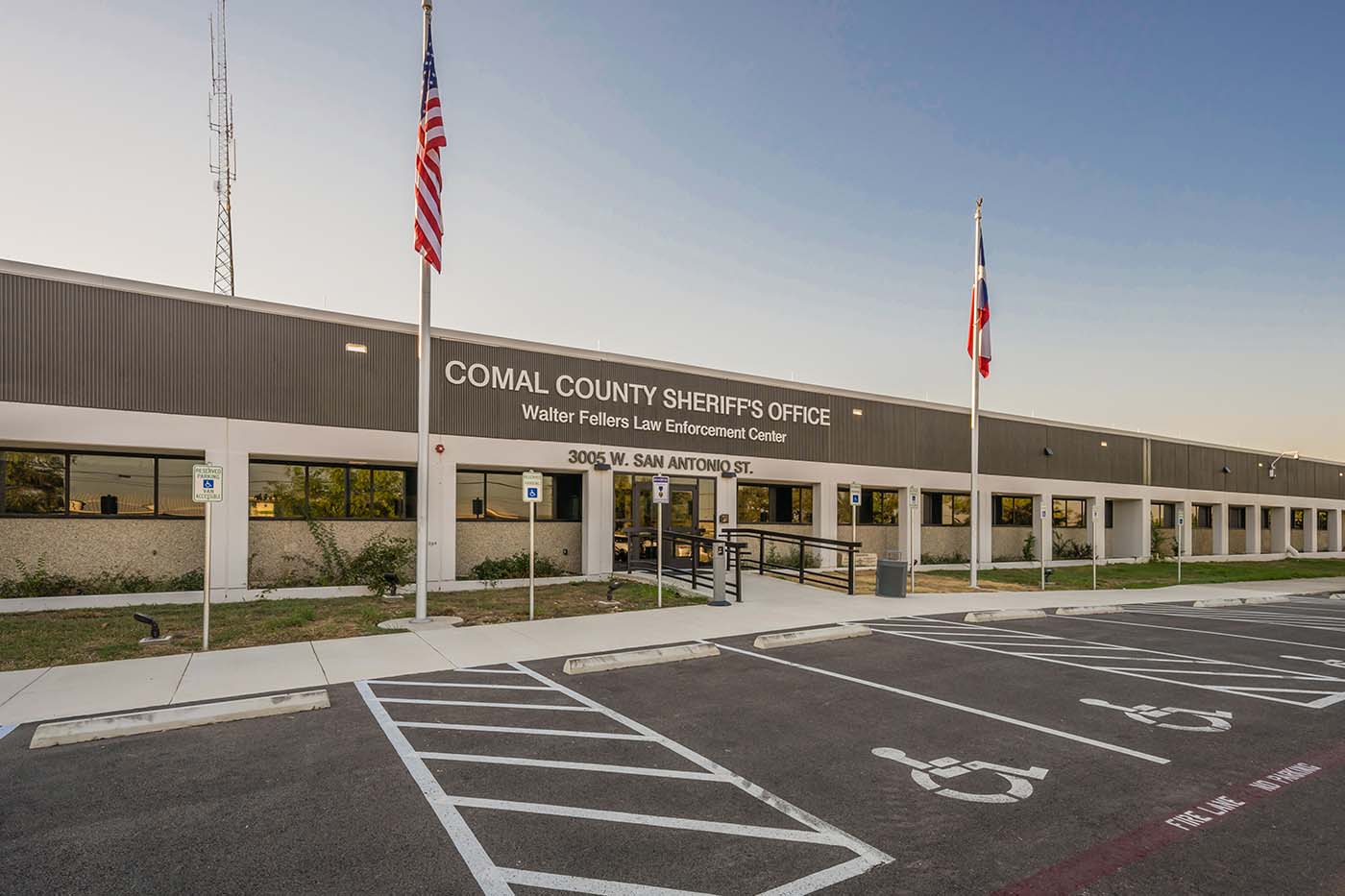 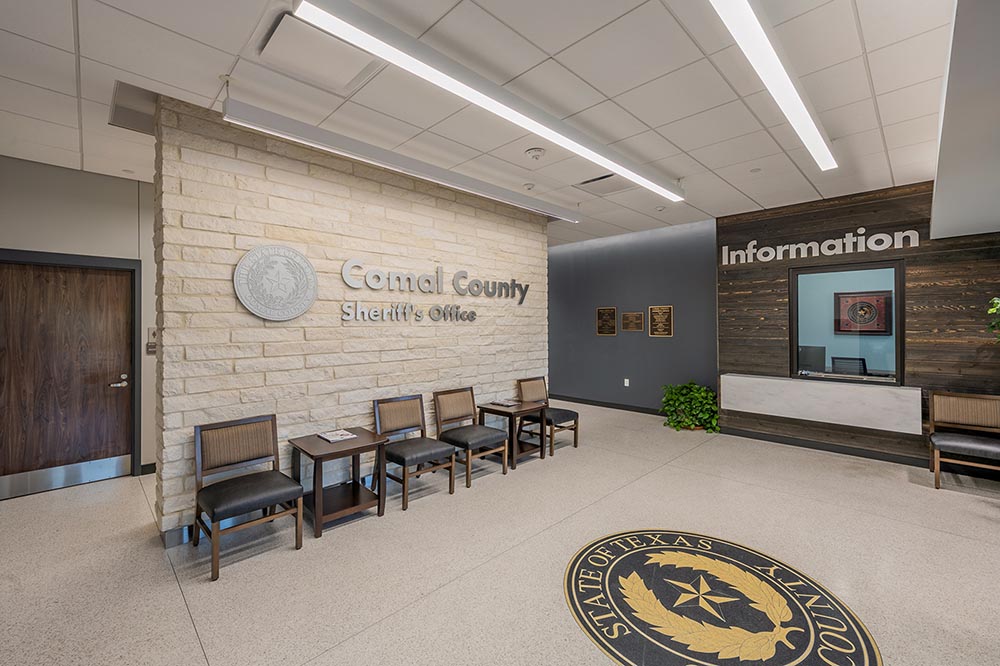 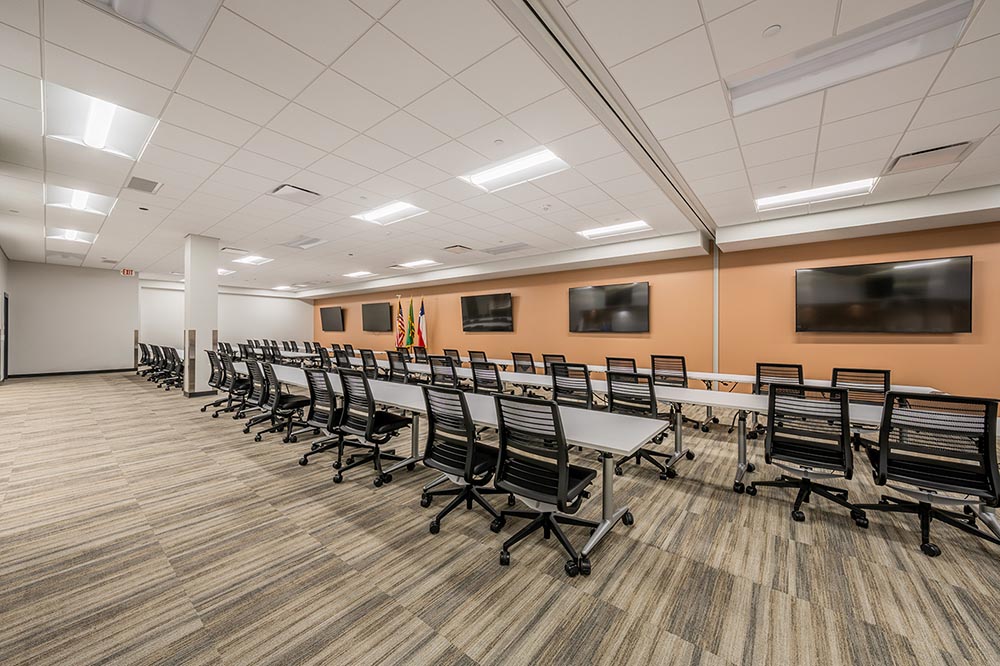 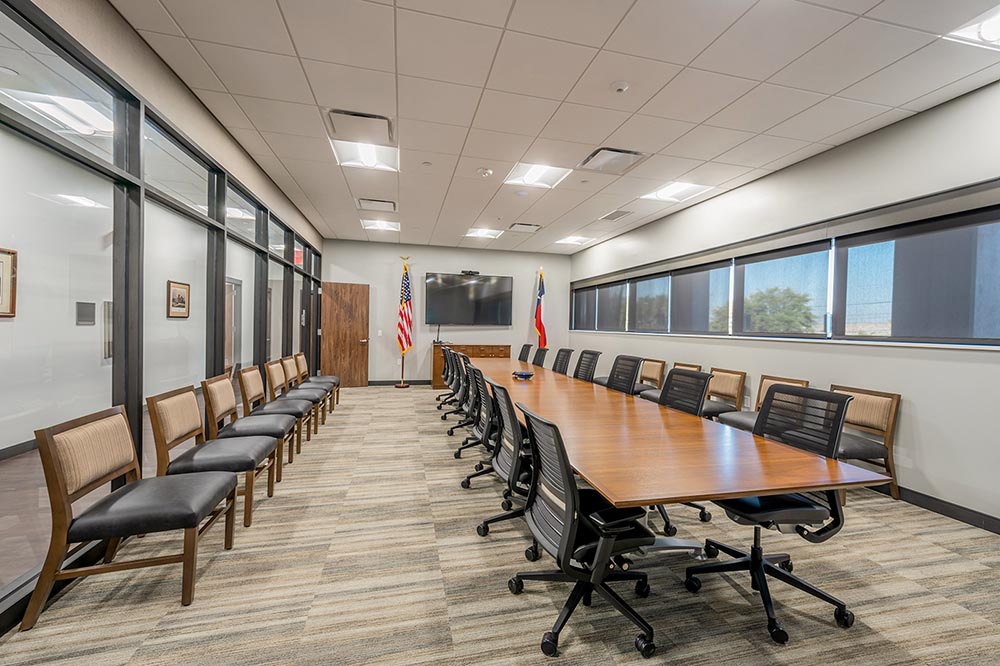 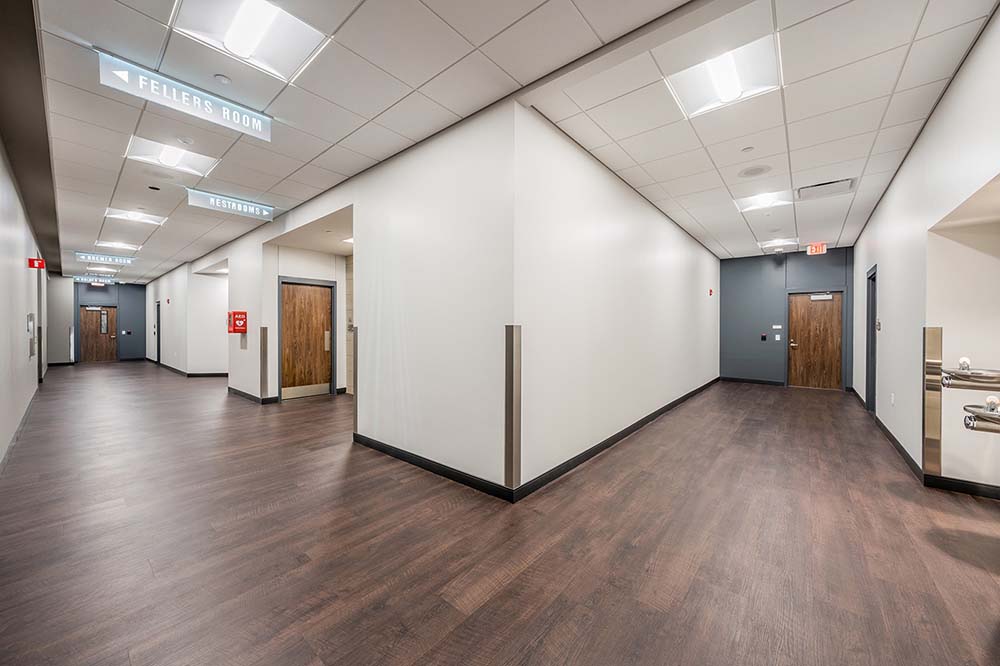 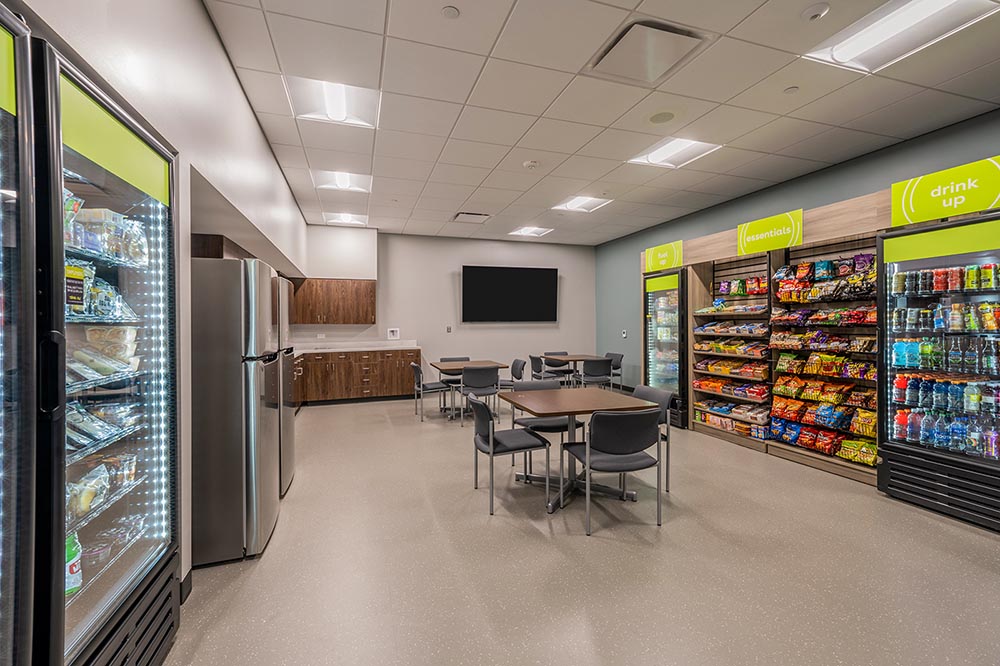 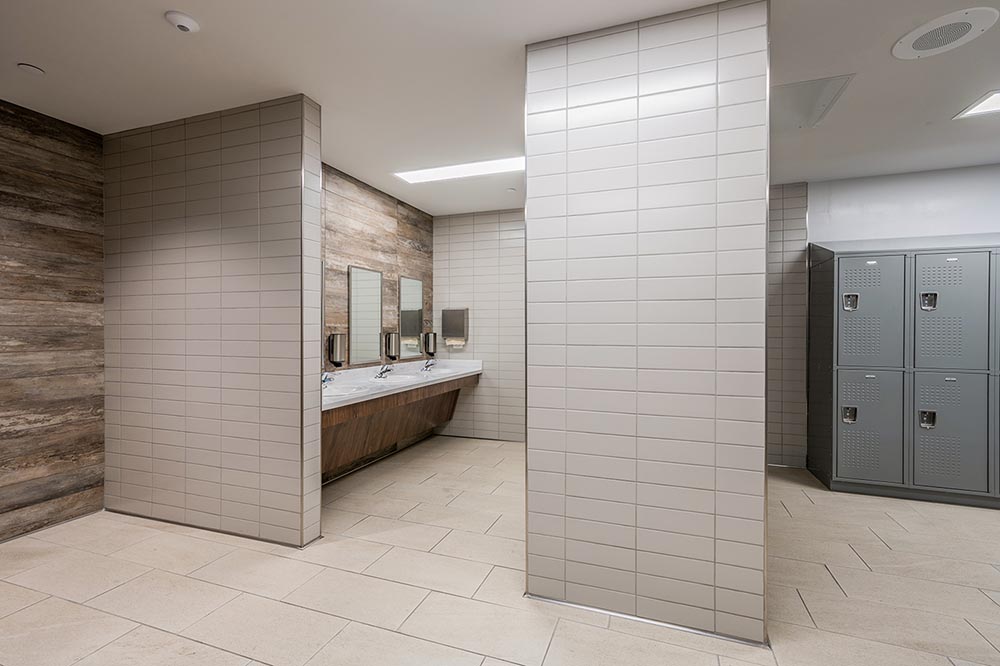 With the effects of COVID still causing ripples in the availability and cost of building materials, the team worked to bring costs within the County’s budget. “It was a tough time to build,” said Travis. “There were a lot of material fluctuations and volatility in the market. The team did a great job, though, of being proactive, identifying those issues and finding creative solutions to keep the project moving.” The SpawGlass team value-engineered multiple materials, including roofing, the HVAC system, generators, plumbing, ceiling tile, flooring and insulation, to save the County over $350,000.

In a nod to the history of Comal County, stone from the Comal County Courthouse was included in the design of one of the Sheriff’s Office lobbies. The bust statue of Sheriff Fellers, the office’s namesake, is featured prominently on a stone display constructed from the recycled material.

CJ credits the success of this project as a major source of growth for the entire project team. “It was a very strong team, and we all learned a lot from each other,” said CJ. “We started this project as one of SpawGlass’ other projects for the County was nearing completion, the Comal County Landa/Annex Buildings Renovation. Working with the County over the past three years, and the trust we built, they knew they were in good hands.”

Following the devastation left in the wake of Hurricane Harvey in 2017, the Harris County Flood Control District…. Read More.