At 1204 San Antonio Street on the new Capitol West professional office campus in downtown Austin, the Texas Association of Counties has four levels of new shell space for lease, conveniently served by four levels of underground parking, totaling 90,000 square feet. To deliver such prime tenant opportunity, SpawGlass expertly maneuvered coordination and construction through countless hurdles, above and below the surface of this project.

The first phase the SpawGlass team tackled consisted of demolition of three existing buildings on two sites – one where the future office building would be located and a second reserved for future development, which our team was able to use for laydown. This alleviated some of the logistical burden that comes with a congested area and a zero-lot line; the project site came within inches of surrounding properties. Procuring access to the site through the City of Austin to an alley alongside the site and ensuring the right-of-way on San Antonio Street were essential to both public safety and site access.

Overhead power and telecom lines presented another large challenge during the demolition phase and persisted through much of the new construction phase.

Our team had to begin a carefully coordinated three-month demolition process with the lines still in place approximately 10 feet from the buildings being demolished. Through meetings with Austin Energy and communications contractors, we developed outside-of-the-box approaches to addressing permit delays regarding the lines.

One of our innovative solutions to digging a four-level, approximately 45,000-square-foot underground parking garage was installing a soil nail retention system. This shored up the sides of the excavation site, and required meticulous care and planning as the 30-foot soil nails had to be driven into the ground under adjacent properties. Similarly, above ground, our team engaged a tower crane that would swing over the top of adjacent houses and commercial buildings, requiring the approval of air rights from those surrounding properties and constant consideration for our neighbors. 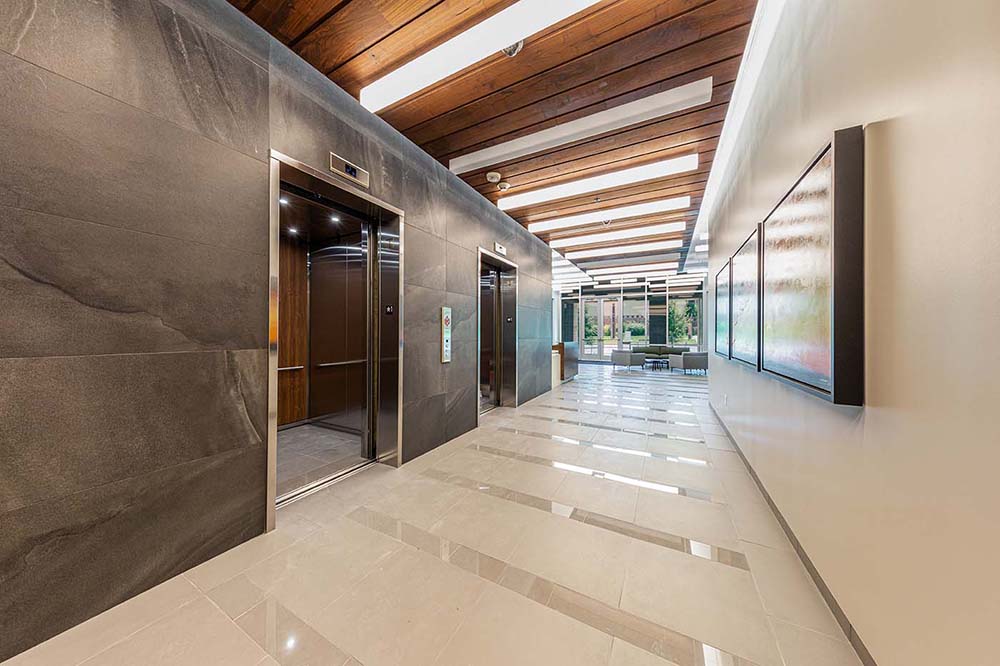 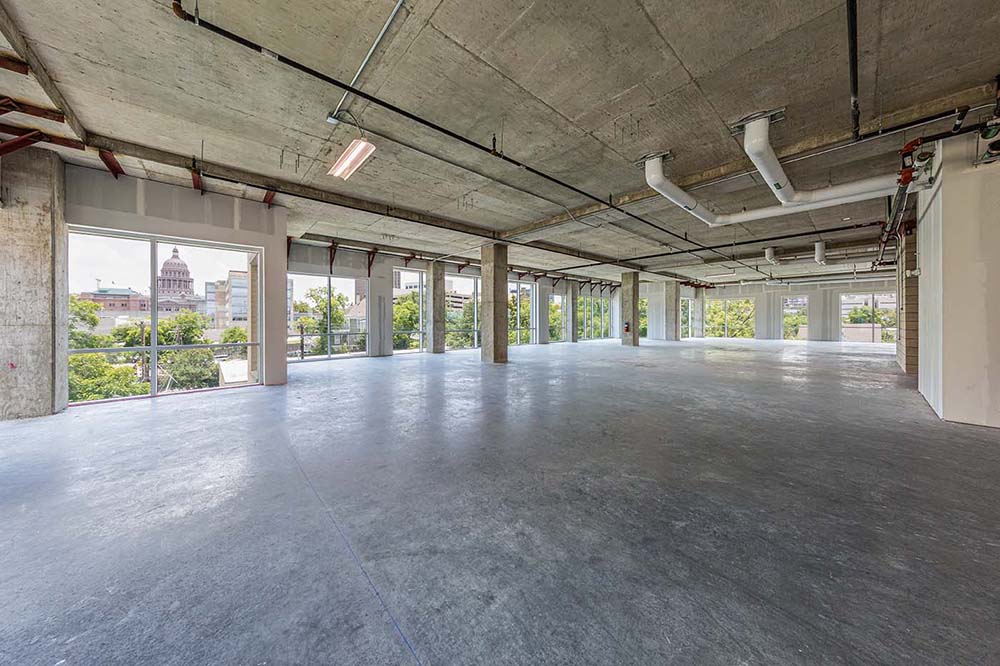 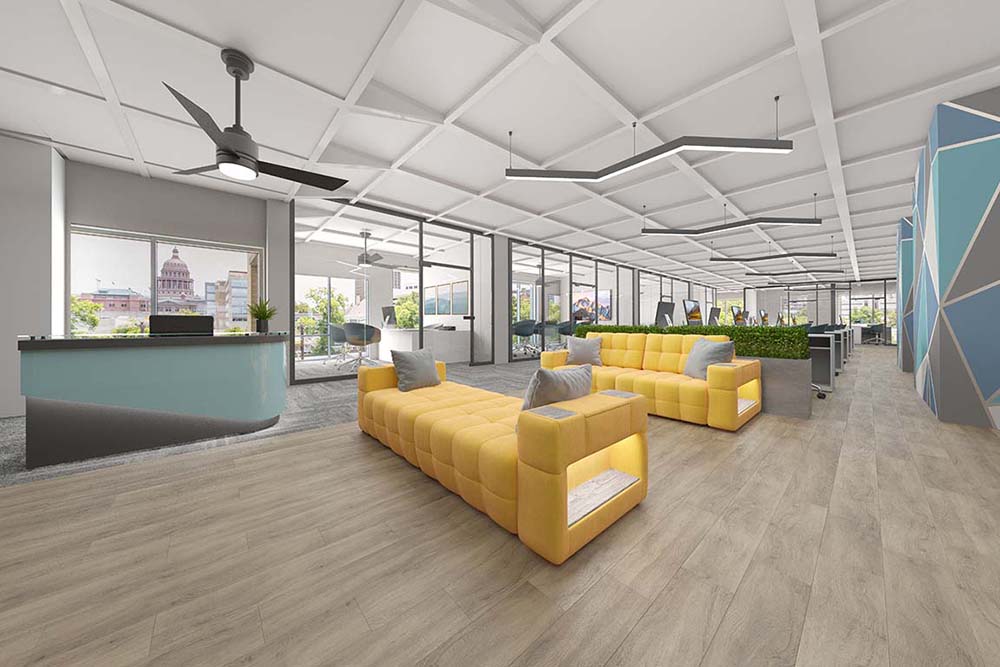 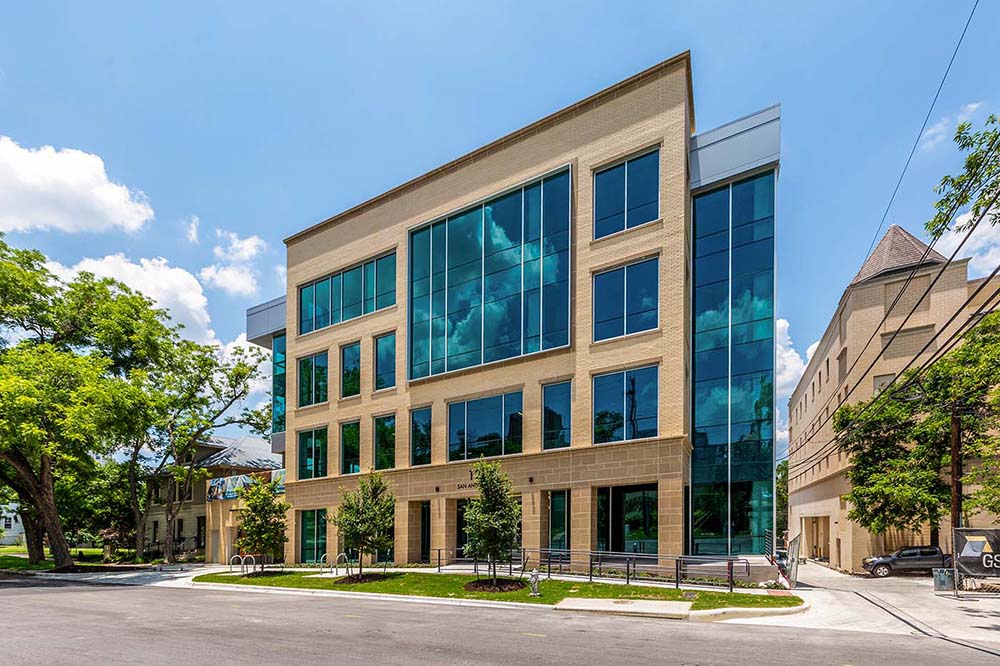 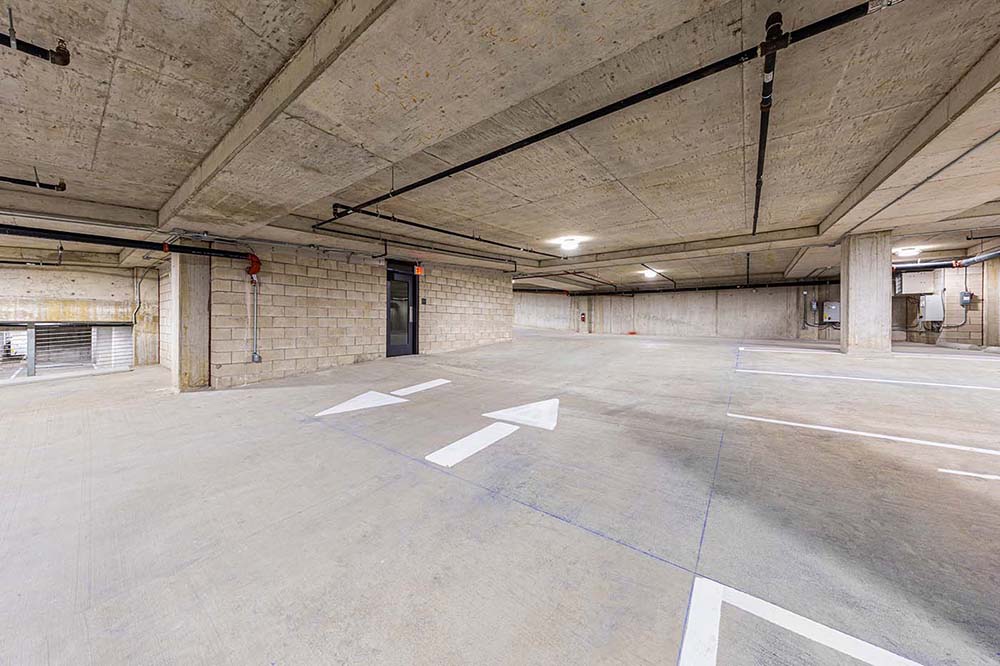 Addressing this challenge necessitated re-sequencing the deck pours, drilling and placing piers deeper and changing some heights, elevations and slopes for the ramps.

Through two years of construction, these were among many changes and modifications to an ever-evolving design necessary to meet owner needs and variable constraints. Keeping up with new drawings in the field often meant the team had hours to make adjustments prior to work being put in place, including scheduled concrete pours.

Project Manager Jeremy Spade credited our fortitude in the field to the onsite leader for the majority of the project. “Superintendent John Eggeling did an excellent job of re-sequencing and finding a way to continue to move forward, facing a multitude of challenges and changes.”

John credited the team’s perseverance and innovative approach. “It was a relentless attitude that we tried to feed to everybody around us that we can do it, always asking, ‘What’s the solution?’ and thinking outside of the box.”

Superintendent Gregg Kupec, who helped bring the project to completion, noted that the project team never gave up looking for those solutions.

Thanks to the team’s determination, the new shell and core building, which includes finishes in the lobby, fitness center, elevator areas and restrooms plus balconies on all four building levels and amenity deck access, stands full of promise for future tenants in the heart of the Texas capital.

The process of cardiac catheterization, a procedure used to diagnose and treat…. Read More

SpawGlass has a portfolio that overflows with unique construction projects…. Read More

With parking at a premium on the expanding campus, SpawGlass, as construction …. Read More

The new two-level, 90,000-square-foot terminal is nearly triple the size of the existing… Read More