The only certain thing about the 1119 Commerce Street project in downtown Houston was the uncertainty. Working in little more than a half-acre with a 100-year-old building, surrounded by major thoroughfares, bridges and a bayou, the SpawGlass-Civil team knew that experience and creative thinking were going to go a long way in overcoming challenges of the unknown.

The project was part of a collaboration between several entities to build a new park and Buffalo Bayou hike and bike trail segment. One of the first tasks was demolishing a five-level, 100-year-old building, which had become unsafe and an eyesore. Moving large equipment such as cranes and excavators in, while moving tons of dirt out, in such a confined space was no easy feat.

The existing building basement walls supported surrounding city streets, which further complicated the project. To combat this issue, the team installed an engineered system of whalers and braces to reinforce the basement walls to support Commerce and San Jacinto Streets, which bordered the building to the south and east, while the building was being demolished. The team also identified and avoided a wastewater pipe to ensure it did not conflict with the soldier piers to be drilled.

After the building was demolished, the team installed a system of 47, 42-inch-diameter and 50-foot-deep soldier piers with concrete infill walls around them to create a permanent support system for Commerce and San Jacinto Streets. A slope from Commerce Street to the bayou was graded by excavating and removing over 400 loads of dirt from the site. The grade was covered with 18 inches of riprap rock, then 6 inches of top soil, which consisted of bringing in 1,300 tons of rock and 1,000 cubic yards of top soil – delivered by hundreds and hundreds of trucks. 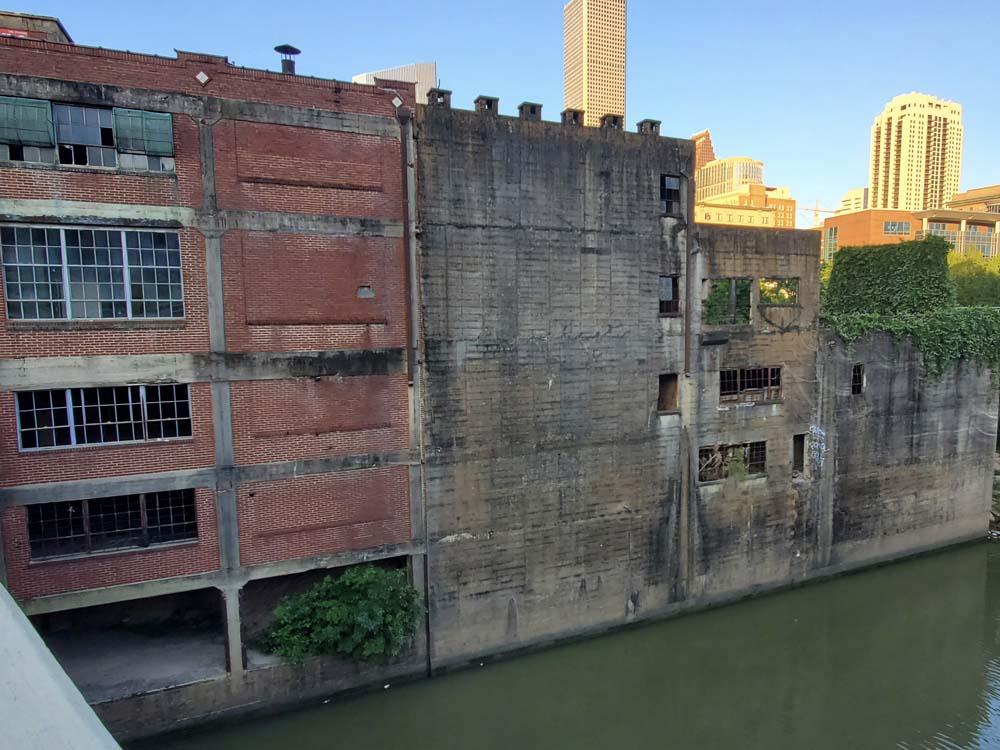 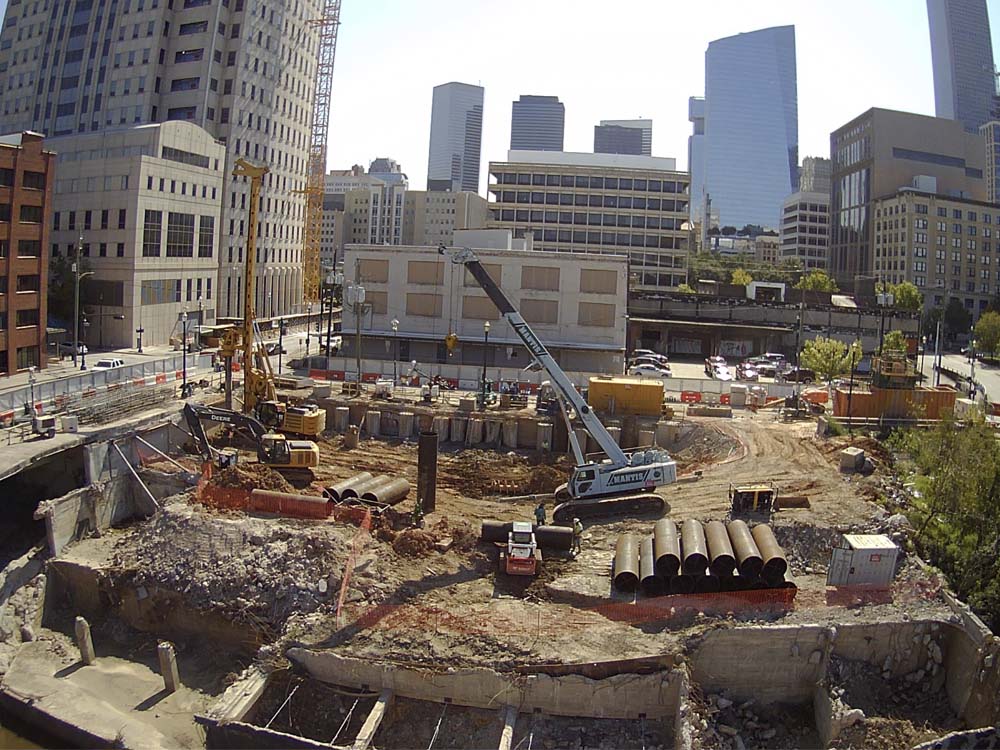 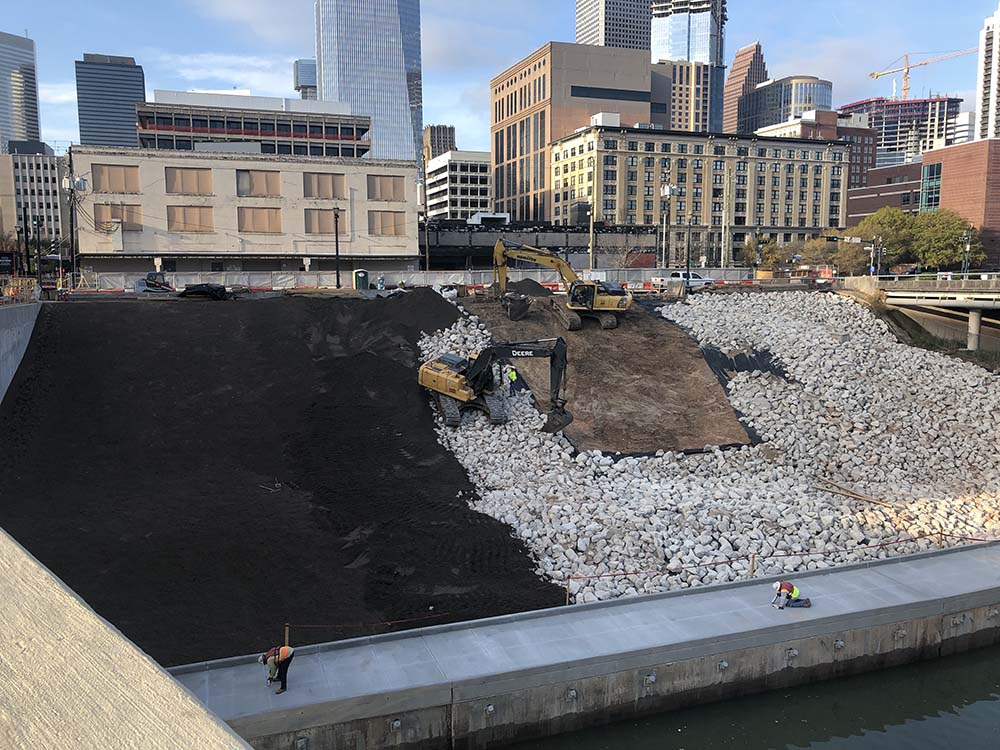 Throughout the entire project, the team remained cognizant of environmental concerns with Buffalo Bayou being the northern border of the project. Barges were stationed along the edge of the building’s foundation to capture any debris and dirt that made its way down the slope. Wearing flotation devices and watching out for alligators and water moccasins just came with the territory!

Despite its many challenges, Project Manager Adam Ryan and Superintendent Justin Cox agreed the 1119 Commerce Street project was one of the most interesting and rewarding of their careers. “This is one of the projects I am most proud of,” said Adam. “I plan to bring my family down for a picnic on the banks of the bayou.” “Even though logistics challenges and unforeseen circumstances created nightmares at times, the project was the most interesting one I’ve finished,” said Justin. “Lots of credit is owed to our entire team, including Harris County, Walter P Moore and our many business partners. Also, this was Assistant Superintendent Will Daniels’ first project with the Civil Division, and he had a huge impact on the success of the project.”

The newly created Buffalo Bayou trail segment adds a major leg to a long-term beautification project for current and future generations of Houstonians and visitors to enjoy.

The process of cardiac catheterization, a procedure used to diagnose and treat…. Read More

SpawGlass has a portfolio that overflows with unique construction projects…. Read More

The only certain thing about the 1119 Commerce Street project in downtown Houston…. Read More